We recently authored a two-part series on inflation (The Potential for a Return of Inflation), detailing how high debt levels and the Federal Reserve’s (Fed’s) unprecedented campaign of quantitative easing could eventually result in a return of inflation.

To put things into context, U.S. national debt is approximately $23.6 trillion. Compared to 2019 GDP of $21.4 trillion, the country’s debt-to-GDP ratio is roughly 110%. Relative to other countries, the U.S. ranks in the top-15 countries according to this debt-to-GDP metric1. Circling back to the new stimulus, a $2 trillion package represents about 9% of our country’s annual GDP. 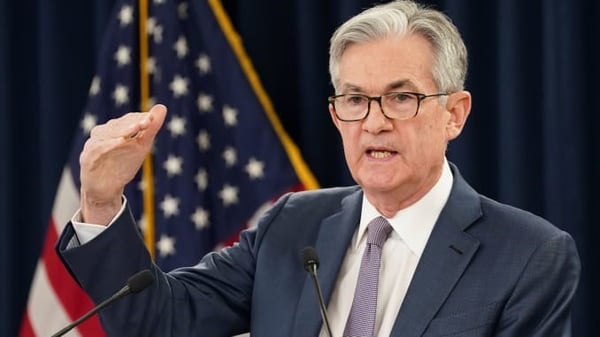 It’s worth noting that this is separate from the Fed’s recent actions, which the market has deemed “QE Infinity.” It lowered the Fed Funds target rate to 0.00% - 0.25%, pledged unlimited purchases of U.S. government bonds, announced a strategy to back state and local governments, and even promised to buy investment-grade credit for the first time in history.

A month ago, when we penned the original inflation blogs, we predicted that the transition to an inflationary environment could require an exogenous shock, perhaps from a recession. If this were to occur, we expected debt levels to meaningfully increase as automatic stabilizers such as unemployment insurance and higher use of government assistance programs such as Medicaid took hold. Fiscal spending would be used to stimulate the economy which would push debt even higher.

Now that this has played out accordingly, is inflation right around the corner? Probably not right away. As the U.S. has transitioned to more of a services-based economy, the coronavirus lockdown has proven to be especially detrimental to economic growth. Investment banks are already predicting 20% - 30% declines to second quarter U.S. GDP. But when economic growth stabilizes, these new levels of debt could become an inflationary catalyst.

However, there is a silver lining. As we mentioned in The Potential for a Return of Inflation, Part 2:

Assuming the inflationary pressure isn’t extreme (e.g. what the United States experienced in the 1970’s), we believe this scenario may be positive for the global economy despite the short-term pain of an exogenous event such as recession. Over the long run, the present value of debt should decline meaningfully, and policy makers would gain valuable “ammunition” by hiking rates and shrinking their balance sheets to curtail inflation. This should give individuals greater faith in the underlying fiscal / monetary position – thereby improving the economic outlook and the movement of inflation to a lower and healthier level. The labor force might also benefit in the long term as businesses substitute higher cost capital for labor which will drive wage growth.

From an investment standpoint, cash and fixed-rate assets would suffer in such an inflationary environment.

Here is what we like to call “Our Ready Inflation Playbook:”

While we don’t expect a jump in inflation over the short / medium term, inflation can “creep-up” unexpectedly. Thus, we remain vigilant and contemplate how we should adapt to potential scenarios as they emerge. Should we enter a period of rising inflation, we believe the following would be beneficiaries:

If you would like to be notified when we release new insights, please let us know!
Just complete the form on this page and we will deliver them to your inbox once per week.