Earlier this year, versions of the following chart were making the rounds. The graph exhibited short interest on the SPDR S&P 500 ETF (SPY). It was mere weeks before the market would begin freefalling, and short interest was at the lowest levels since 2007. 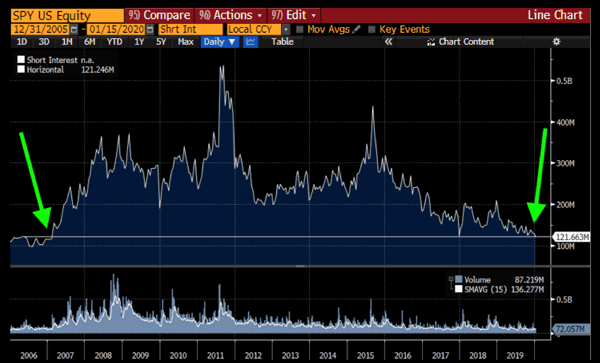 The market had been grinding higher for years, it seemed investors/traders betting on a decline were becoming tired of being on the wrong side of the trade, especially given the sense of late-stage complacency that had settled in. Short sellers were covering their positions. What was interesting to us when observing the chart was the last time short interest was this low in 2007, in an ironic twist, the S&P 500 Index soon fell nearly 60%, not bottoming out until March 2009.

This year, as in 2007, the lack of short interest proved to be a strong indicator of an impending bear market. The S&P 500 suffered its fastest drop from a record to a bear market in history – ultimately falling 34% between February 19 and March 23.1

Short interest has since increased considerably from those very low levels and is now in line with longer-term averages. We believe this is a more reasonable level of short interest, especially after the past few years’ complacency. 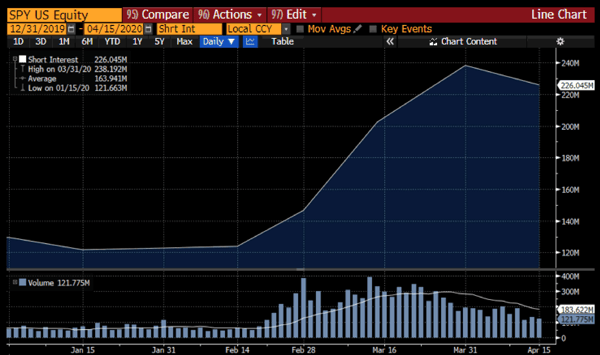 Could this be another contrarian signal, indicating the recent market rebound may continue? Or are the shorts justified by the underlying economic conditions?

We’re not in the business of timing the market, as our long-term approach and high-quality holdings have proven a more effective approach over past cycles. However, if the rebound does continue, it would be well-received by long investors who just went through one of the most volatile periods in memory.

If you would like to be notified when we release new insights, please let us know! Just complete the form on this page and we will deliver them to your inbox once per week.