We have been active investors in the defense industry for a number of years. There are a number of aspects we find attractive in the industry:

2020 thus far has transpired as one would expect and draws similarities to 2009. During the selloff, defense performed strongly relative to the average S&P 500 stock. However, as markets rebounded, defense stocks underperformed while beaten-down stocks recovered. Now, as of July 26th, pure-play defense names have underperformed the tech-heavy S&P 500 Index and are mixed versus the S&P 500 Equal Weighted Index. 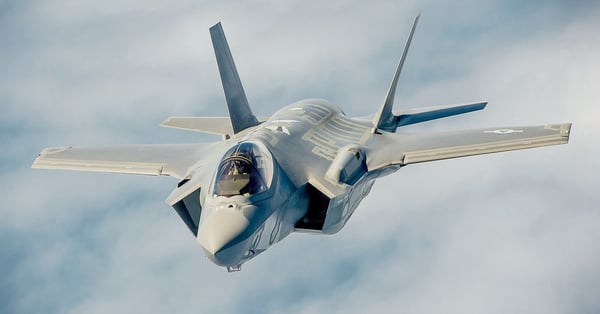 Over the past few months, across our portfolios we took advantage of market weakness to add to quality names that are “less” defensive and better positioned for a long-term economic recovery. The investments we added still possess significant defense exposure, which we believe should continue to grow in 2020 and provide good cash flows and downside protection. Their non-defense components typically range from 40% - 60% of their sales. These non-defense exposures contributed to their underperformance earlier in the year but are expected to eventually recover.

Going forward, defense will remain a theme at Prospector, but will be more balanced by other exposures. On the one hand, we still like defense in the face of a stock market that has recovered so quickly despite the severity of the global coronavirus pandemic. We continue to think defense is worth the protection it should offer if the market dips again. On the other hand, we recognize that after the U.S. government spent trillions of dollars on stimulus to save the economy, it will be very hard going forward for the Department of Defense to argue for higher funding. Fortunately, because defense outlays (actual spending) tend to lag defense budgets by about two years, many defense contractors can still expect another two years of sales growth before any possible future budget changes take hold.

2020 is an election year, which again makes us prefer our now more-balanced commercial-defense portfolio. Although we do not think either Presidential candidate will cut defense drastically, our understanding is that a Trump Administration would try to keep the budget roughly flat from here. Whereas a Biden Administration might consider a 0-5% cut. In neither case do we foresee another 19% cut seen from the 2010 wartime peak to the 2015 trough. Those were different times.

Domestic issues such as the economy, the coronavirus response, taxation, and healthcare are likely to drive the presidential debate this year. Defense, so far, is not in focus, except in that both candidates are trying to appear the tougher on China. Traditionally, partisan conflicts center on the major domestic issues, and defense is bipartisan for the mainstream members of both sides. We are reminded of this every time we see on C-SPAN our democratic party legislators from Connecticut and Rhode Island arguing in support of submarines (built in Groton, CT and Quonset Point, RI) and the F-35 (the engines of which are built in Middletown, CT).

In the next edition of this two-part blog series on defense stocks, we will take a closer look at what defense spending might look like under a second term for the Trump administration or a Biden presidency. Be sure to sign up to receive our market insights to be notified when our latest pieces become available.