How M&A Can Impact Investors in Economic Slowdowns

Over ten years into the current bull market in equities, and likely closer to the end of the economic cycle than to the beginning, investors and corporate management teams are struggling to determine the best places to allocate capital. With concerns over slowing global economic growth, Brexit and U.S./China trade tensions, there is no shortage of macroeconomic problems that require skillful navigation.

In the event that we do see a substantial downturn in the stock market and the underlying domestic economic growth, one area to keep an eye on is Merger & Acquisition (M&A) activity. As noted by the Boston Consulting Group:

“We analyzed a unique data set totaling more than 51,600 deals made over the past 40 years that met our study criteria (out of our total M&A database of more than 750,000 deals). We found that, two years after a transaction, deals made in a weak economy created more value for buyers than those made in a strong economy. Boldness pays off—the outperformance is largely driven by acquisitions outside the buyer’s core business segments. And, although occasional buyers create value through acquisitions in weak economies, experienced buyers outperform by a wide margin."
- Boston Consulting Group, September 20191 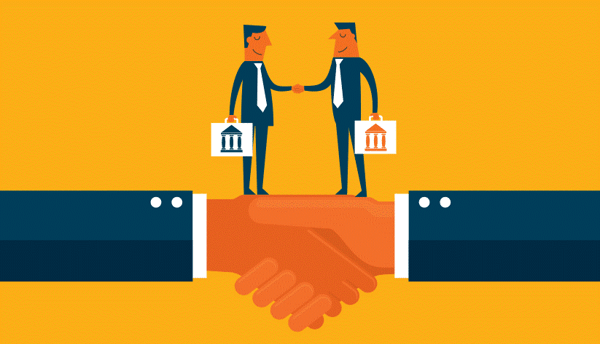 So how does this typically impact equity investors? In Prospector’s case, one of the things that has supported our portfolios in past economic downturns was the fact that we had companies get acquired at substantial premiums to their stock prices. For example, 2008 was a very tough year for banks, but our bank holdings (as a group) performed well that year, partially as a result of takeouts.

In general, we tend to own a fair amount of companies that get acquired (not just during downturns) because of their free cash flow generation. In a normal year, we would expect to lose some of our companies to takeovers, which typically benefits our portfolios’ performance.

However, takeovers are not something that we initially look for when investing in a company. Rather, we want to buy our companies based on them being attractive on a fundamental basis. We like companies to have attractive franchises, and we will not buy a company solely because it is a takeover target. With that being said, it can be an added benefit to know that we are purchasing a company that could be an attractive acquisition target in an industry that has historically exhibited a healthy level of M&A, or one in which we would expect M&A activity to increase.