Prospector Partners Quarterly Commentary: Reflecting on Q3 and What Could Lie Ahead

The benchmark S&P 500 continued its charge higher during the third quarter of 2020, despite significant increases in COVID-19 cases and certain states such as Florida, Texas, Arizona and California seeing major outbreaks. The market remained focused on the reopening of the economy and improving jobs numbers as the unemployment rate fell to 7.9% by September, down from the April peak of 14.7%. Additionally, while the increase in coronavirus cases was concerning, it’s become more evident that the medical community is finding better treatment protocols for the virus, as hospitalization and death rates are much improved versus the spring.

Continuing a trend, growth stocks again significantly outperformed their value brethren – with a year-to-date performance gap of 32% between the S&P 500 Growth and Value indices. While we don’t know whether we are nearing a top of the growth/value trade, we are seeing more and more behavior reminiscent of the “dotcom bubble.” For example, the mere announcement of stock splits caused Apple and Tesla shares to rocket higher, with Apple adding roughly $700 billion of market value over the course of a month following the announcement (equal to the total market value of the bottom 100 companies in the S&P 500) and Tesla stock increasing over 75% from their announcement to the date of the stock split.

What could cause a rotation from growth to value stocks in the relative near term? Typically, the start of a new economic cycle acts as a catalyst for value stock outperformance relative to growth. Additionally, increased expectations for inflation and rising interest rates could spark a value outperformance. Also, we are confident a vaccine for COVID-19 will be approved within the next six months. There are currently 38 vaccine candidates in clinical evaluation and 149 in pre-clinical evaluation. A handful of promising candidates are currently in late-stage phase 3 trials. As a vaccine becomes available and distributed, we would expect an economic recovery to accelerate.

The current yield curve seems to suggest a prevailing view that, similar to the period following the Great Financial Crisis (GFC), the forthcoming recovery will see a period heavily influenced by deflationary forces. We believe a strong case could be made that this recovery will be different.

The fiscal and monetary responses to this crisis were of unprecedented size and enacted much more swiftly than during the GFC. Additionally, the fiscal response (CARES Act, and Paycheck Protection Program) was more directly targeted at consumers (versus bailing out financial institutions), and thus the U.S. consumer has shown more resilience than a decade ago. Indeed, U.S. retail sales have already rebounded above pre-pandemic levels, whereas it took 32 months for retail sales to achieve the same levels following the 2008-2009 crisis. Bank balance sheets are also in much better shape and these institutions are more willing/able to lend than they were following the GFC. Given this crisis was not the result of an over-levered system, we should not see the same pullback in willingness to lend as we come out of the crisis.

Finally, Fed chairman Jerome Powell recently announced a major policy shift whereby the central bank indicated they will allow inflation to run higher than their 2% target for some period of time. All of these factors lead us to believe that expectations for inflation are likely to rise, as will the long end of the yield curve. Meanwhile, we expect the Fed to maintain their low short-term rate posture, which could result in a steeper yield curve. This environment would be positive for financial services stocks, and banks specifically. 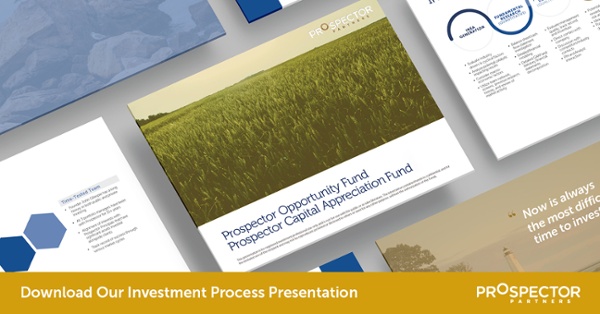